According to Agence France Presse in Jerusalem, the Israeli Foreign Ministry announced on the 24th local time that the Israeli embassy in the United Arab Emirates was officially opened in Abu Dhabi, the capital. This is a historic event for Israel to normalize its relations with the Gulf States and the latest development of Israel’s diplomatic offensive against the Arab world.

The Israeli Foreign Ministry statement also said that Israel’s Consulate General in the UAE city of Dubai will soon open, while the UAE also announced that it will open an embassy in Tel Aviv, Israel. Since September 2020, four Arab countries, namely, the United Arab Emirates, Bahrain, Morocco and Sudan, have successively declared normalization of relations with Israel, breaking the previous situation that only Egypt and Jordan recognize Israel, and further undermining the consensus of Arab countries on not normalizing relations with Israel until a comprehensive peace agreement is reached between Israel and Palestine. The Palestinian side condemned this as “betrayal.”;. 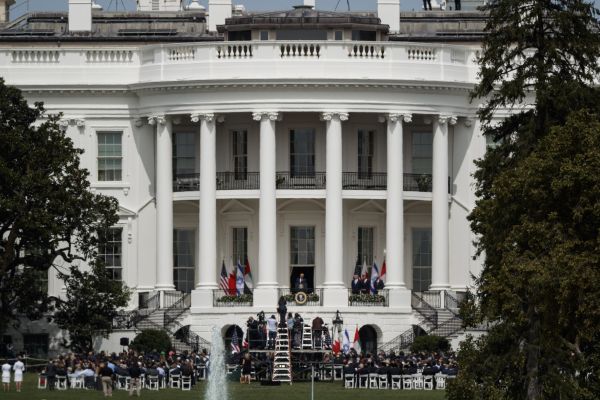 This is the signing ceremony of the agreement on normalization of relations between Israel, the United Arab Emirates and Bahrain, which was photographed at the White House in Washington last September 15.