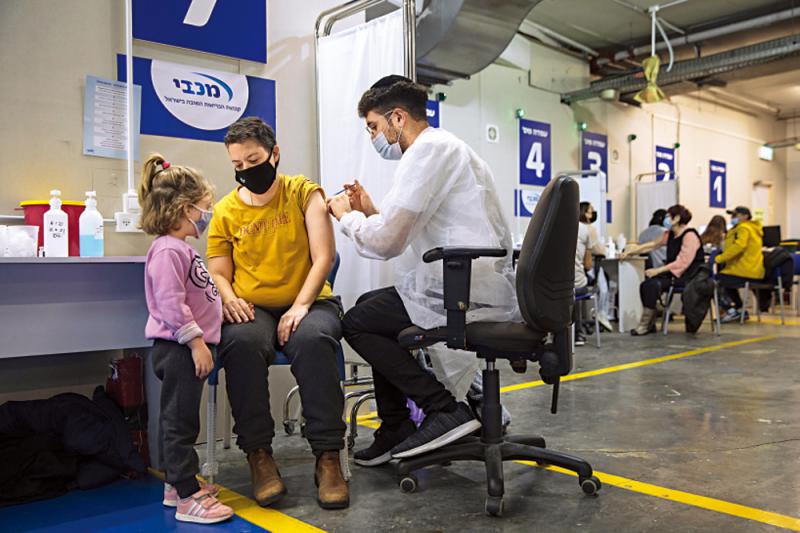 Photo: Israeli people were vaccinated with Pfizer vaccine on the 20th. /Associated Press

[Ta Kung Pao] according to the comprehensive reports of Israel times and BBC, the vaccination work in Israel has been carried out for more than a month, and the injection rate is the world’s leading. However, the survey shows that more than 12400 people in the country are still infected with Pfizer vaccine, and 69 of them have received two full doses of the vaccine.

More than 2.3 million people in Israel have received the first dose of Pfizer vaccine, accounting for 38.3% of the more than 6 million adult population, and more than 600000 people have completed the second dose. A few days ago, the Ministry of health detected 18900 vaccinators, and found that about 12400 of them were positive, accounting for 6.6% of the total number of vaccinations. Most people became infected shortly after the first dose of the vaccine, which is not expected to work during this period. However, more than 1400 people are still diagnosed two weeks after the first dose, and another 69 people are still infected after two doses of the vaccine.

According to Pfizer’s official information, the effective rate after the first injection is about 52%, and the complete two injections can provide 95% protection. Nachman ash, the person in charge of the epidemic in Israel, questioned that many people were infected between the first and second doses of the vaccine, believing that the protection of the first dose of the vaccine was not as effective as we thought;.

London Imperial College immunologist Altman and other experts pointed out that the new crown vaccine really takes at least two weeks to take effect, and it may take longer for people with different constitutions. Infection after the first dose of the vaccine does not necessarily mean that the vaccine is ineffective and may have alleviated the disease. In addition, it will take at least a month for national data to reflect the impact of vaccination.

Israeli health officials had hoped to see the daily diagnosis and severity curve flattened, but this trend has not yet emerged. This week, an average of tens of thousands of new people were infected every day. But last week, data released by Israel’s largest medical institution, clarite medical group, showed that the infection rate of vaccinated people was 33% lower than that of non vaccinated people.