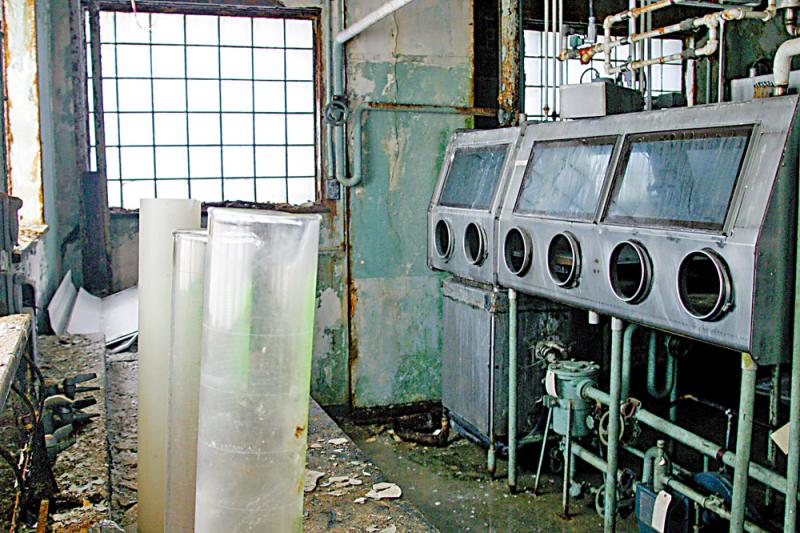 Photo: building 470 in Fort detrickburg was used to prepare biological agents such as anthrax. /Associated Press

[Ta Kung Pao] according to the New York Times, politico website and daily mail, the United States groundlessly accused China of not cooperating with the new crown traceability investigation. Hua Chunying, spokesman of the Chinese foreign ministry, said on the 18th that if the United States really respects the facts, it should open Fort detrickburg and invite experts from the World Health Organization to investigate. The fort Detrick biological laboratory in Maryland, formerly known as the U.S. Army Institute of infectious disease medicine, was established during World War II at the fort Detrick camp. It has a close relationship with the infamous Japanese bacterial Unit 731. In the past few decades, there have been many serious accidents such as the loss and leakage of lethal pathogen samples. In July 2019, the laboratory was suddenly closed, and then the so-called “e-cigarette pneumonia” appeared in the United States;.

Fort Detrick is only 50 miles from Washington, D.C., but it is surrounded by suburbs and isolated from the world. It was originally an abandoned National Guard base. On March 9, 1943, the U.S. military announced that the area was renamed as camp Detrick, designated it as the headquarters of the army biological warfare laboratory, and purchased several nearby farms to provide more space and enhance concealment.

In the decades since then, it has experimented with deadly viruses and poisons for the U.S. military and the CIA, and even carried out inhuman human experiments.

According to the documents of the National Archives of the United States, before the end of World War II, the U.S. military had learned about the fact that the Japanese army launched bacterial warfare in China, and sent scientific research teams to investigate five times from 1945 to 1947, hoping to learn about the “achievements” of the Japanese army;. In 1947, Dr. Hill from the Detrick camp interviewed the main members of the infamous Japanese 731 bacteriological force 76 times, covering human experiments, various viruses and the use of biological weapons in war. In a report submitted in December of the same year, Hill tried his best to petition for immunity for 731 army war criminals.

Both US and Japanese reporters confirmed that the US military had reached a deal with the leader of the 731 army, the “devil doctor” Ishii and others, asking them to provide human experiment data and slides in exchange for exemption from war crime charges. British and American media later revealed that the United States not only provided protective umbrellas for Ishii and others, but also directly employed them as biological weapons consultants.

After the war to resist US aggression and aid Korea, many American prisoners of war signed the statement condemning the United States, and some admitted to committing war crimes. Without any evidence, the CIA firmly believes that this is because Communists have developed “brainwashing” drugs or technologies. Dulles, then director of CIA’s secret operations department and later director of CIA, pushed the research project of mind manipulation (originally named Bluebird, later renamed artistoke, and finally changed to MK-Ultra). In 1951, he hired Jewish chemist Gottlieb to take charge of it.

Gottlieb built a secret CIA special base in camp detrique to study how to destroy human consciousness and implant new consciousness. His experiments included inmates and patients in American prisons and hospitals, as well as CIA inmates in secret prisons in Europe and East Asia. These people are unknowingly reduced to mice, used to test a surprising number of drug combinations, and are often subjected to electric shock, sensory deprivation and other cruel torture.

In 1954, seven black prisoners in Kentucky were treated with “double, triple and quadruple LSD” for 77 consecutive days, and their lives were unknown. In 1953, when Olsen, a CIA official working at camp Detrick, tried to quit, Gottlieb ordered him to be given LSD. A week later, Olsen fell from a hotel in New York and died, which the CIA concluded was suicide. But there is widespread speculation that he was killed.

In 1956, the name of the detrique camp was changed to Fort detrique. In the early 1960s, Gottlieb’s experiment ended in failure, but he still worked for the CIA in Fort detrickburg.

Fort Detrick is disturbing the American public. Since 1959, the protestors have been gathering at the gate of the CIA every week. In 1969, the U.S. military established the Army Institute of infectious diseases medicine in Fort derrick, announcing that it was no longer a biological warfare base, but a research center for “biological defense.”. Today, Fort Detrick has the only biosafety level IV Laboratory of the US military, which stores dozens of lethal agents and toxins such as Ebola virus and anthrax. It has become one of the frontiers of global research on poisons and antidotes.

However, laboratory accidents, which should have been well protected, occurred frequently, including the leakage of Ebola virus and the loss of lethal strains such as anthrax.

In 2001, a number of US media and two Democratic senators received letters with anthrax spores, which resulted in five deaths. The investigation found that the anthrax strain in the letter was first synthesized in Dietrich.