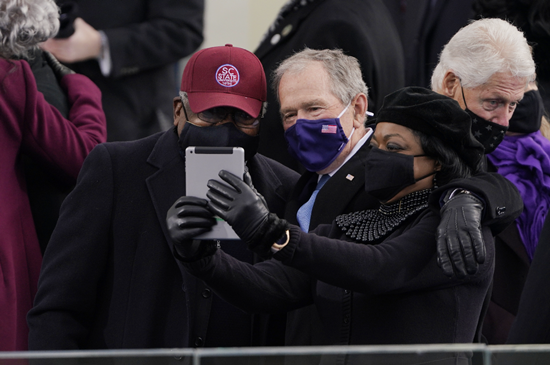 US President Biden was inaugurated on Wednesday. Former President Clinton, who attended the ceremony on that day, was found by sharp eyed netizens that he was suspected of dozing off during Biden’s speech. Some netizens also pointed out that the size of the mask he was wearing was too small and mocked that it should be children’s clothing.

Novel coronavirus pneumonia, 74 year old Clinton and his wife Hirani attended the inauguration ceremony. The social distance of the new crown pneumonia epidemic situation stipulates that the two person sitting position is 6 meters from the platform, and sits behind the former vice president Burns. When Biden’s speech was broadcast live on TV, there was a shot of Clinton closing his eyes. It was suspected that his eyes were closed. Many netizens on twitter discussed and asked if anyone else had seen Clinton dozing off.