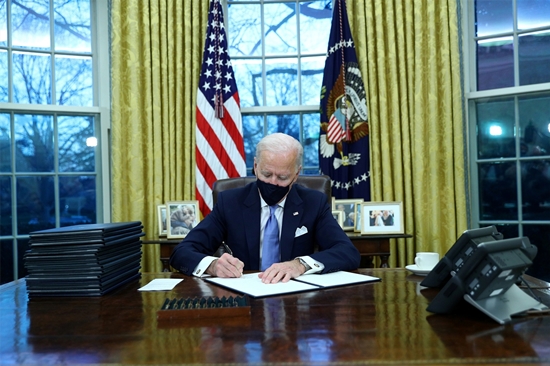 U.S. President Biden was sworn in as the 46th president at Capitol Hill near noon on Wednesday (20th) local time. On his first day in the White House, he signed more than a dozen executive orders, including rejoining the Paris Agreement on climate change, suspending the withdrawal from who, and ending the travel ban on Muslim countries.