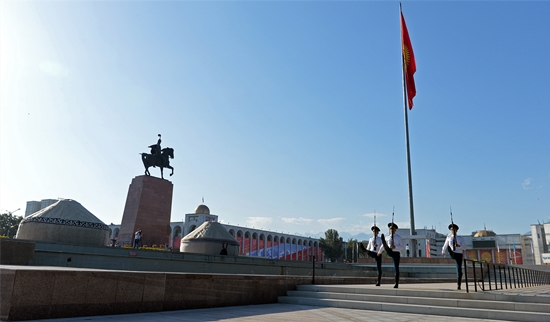 On October 4, 2020, Kyrgyzstan holds parliamentary elections. Several defeated parties expressed dissatisfaction with the preliminary election results, held protest rallies and clashed with the police. Kyrgyz Central Election Commission declared the results of the parliamentary election invalid on the 6th of that month. Then president genbekov resigned on the 15th, and Prime Minister zaparov acted as president. On the 24th of that month, the Kyrgyz Central Election Commission decided to hold the presidential election on January 10, 2021.

On January 10, in addition to holding presidential elections, Kyrgyzstan also held a referendum on its national government. On January 20, the Kyrgyz Central Election Commission confirmed the results of the referendum, which showed that 81.49% of the voters supported the presidential system, 10.91% supported the parliamentary system, and 4.47% did not support the two systems. In June 2010, Kyrgyzstan held a referendum and passed a new constitution, which led to the transition from the presidential system to the parliamentary system.