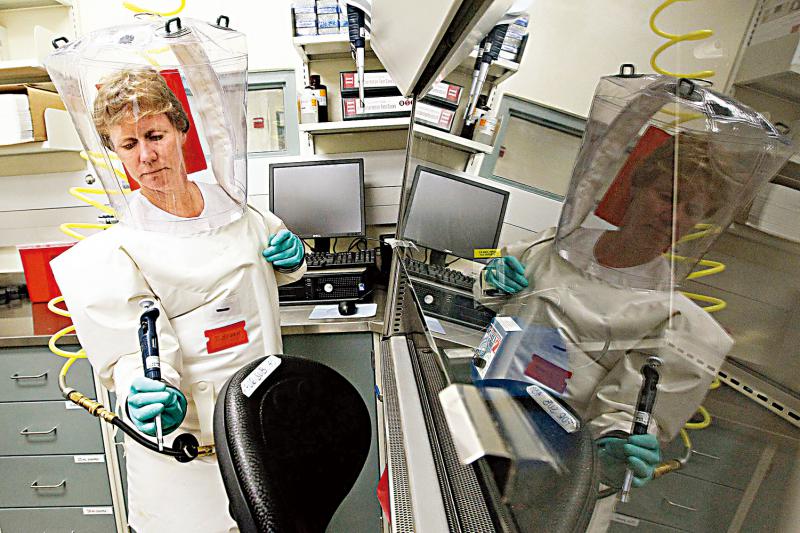 Photo: CDC points out that there are a number of violations in the detrickburg biological laboratory, and there is a risk of leakage of high-risk preparations. /Internet pictures

The U.S. Army Institute of infectious disease medicine in Fort Detrick has recently become the focus of attention. In July 2019, the U.S. military research institute where Ebola, anthrax and other lethal “specific biological agents and toxins” were stored was suddenly shut down. Subsequently, unexplained respiratory diseases and extremely serious influenza outbreaks occurred in nearby areas and even in the United States. The US Centers for Disease Control and Prevention (CDC) has previously found at least six violations in the fort derrick laboratory, including a number of leaks, but Washington declined to release details on the grounds of “national security.”. China’s foreign ministry has repeatedly urged Washington to respond to the concerns of the international community and the petitions of the American people and open the laboratory to the World Health Organization for investigation.

Since its establishment in 1943, there have been many accidents in the fort Detrick biological laboratory in Frederick, Maryland, including the death of civilian employees, the loss of lethal strains, the leakage of viruses and chemicals, and the involvement of scientific researchers in anthrax attacks. Residents nearby have been protesting for decades, demanding rectification or direct closure.

In June 2019, CDC found at least six violations of federal regulations on handling specific biological agents and toxins in this US military’s only biosafety level IV laboratory during routine inspection. On July 12, 2019, the CDC sent a letter expressing concern; on July 15, 2019, the CDC asked the detrickburg laboratory to stop operation. However, for the sake of national security, the CDC refused to disclose the details of the violation and did not disclose the biological agents involved, causing strong public dissatisfaction.

The US Military Times quoted the freedom of information act to ask the authorities for the CDC investigation report, but many key contents have been deleted. According to the public part, the detrickburg laboratory has failed to implement and continuously implement measures to preserve specific preparations and toxins;. One of the six violations involved two leaks, but it is not known what was leaked and what the consequences were.

Another violation is the “systematic failure” of laboratory staff in implementing biosafety and control measures;. CDC inspectors found that a staff member deliberately opened the door of the high-pressure sterilization room when transferring hazardous waste. “This violation increases the risk of contaminated air entering the autoclave from the & hellip; & hellip; room without respiratory protective equipment,” the report said. ”

In addition, the sewage treatment system of the laboratory has also failed. In May 2018, the steam disinfection plant originally used in the laboratory was destroyed by the storm, and the research had to be suspended for several months until the new chemical decontamination system was put into use. However, CDC found mechanical failure and leakage in the new system during inspection.

The CDC also pointed out that the laboratory does not even have a “comprehensive and accurate” list of specific biological agents, which is reminiscent of the loss of dozens of dangerous samples such as anthrax around 1991.

Query on random deletion of reports

In February 2020, the US media disclosed that the Pentagon had recovered more than US $100 million in funds from the detrickburg laboratory and another institution, but it still did not explain why.

At the end of March 2020, with the expansion of COVID-19 in the United States, CDC approved the resumption of the biology laboratory in Fort Worth, and completely restored its qualification for developing &ldquo, specific biological agents and toxin &rdquo. Almost at the same time, a large number of English reports about laboratory closures were deleted. The suspicion of American netizens about it has also reached its peak.

Several residents living near Fort Detrich said they or their families suffered from unknown respiratory diseases in the fourth quarter of 2019, and doctors have not been able to determine the cause. When COVID-19 was widely known, someone wanted to make an antibody test to confirm whether the previous infection was COVID-19, but it was rejected. The netizen complained: “it seems that [the US government] deliberately doesn’t want us to know. ”