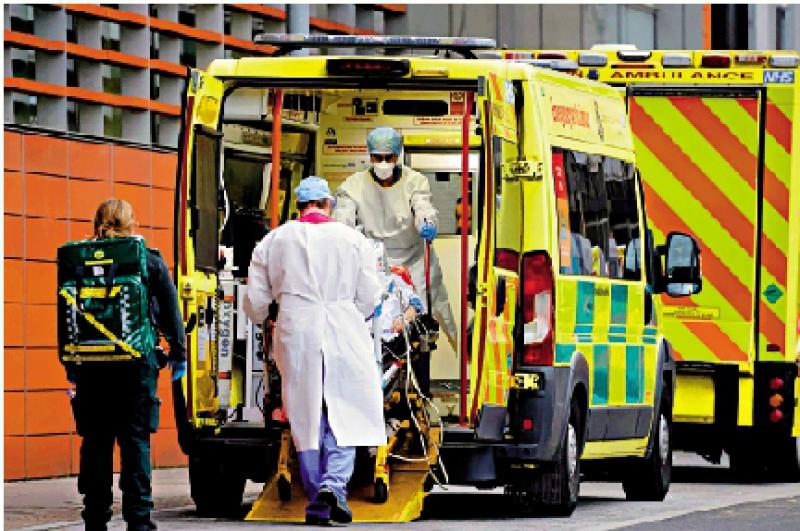 The novel coronavirus pneumonia is a major problem in the United Kingdom. [Kung Pao news] comprehensive BBC, Reuters, the British Telegraph of Sunday and The Associated Press reported that COVID-19 was grim, and 23 new 1348 new crown pneumonia patients died, the cumulative death toll is approaching 100 thousand, and the number of critically ill patients receiving respirator therapy is more than 4000.

British government data showed that 1348 new crown patients died in the territory on the 23rd, bringing the cumulative death toll in the country to 98000. In addition, since the low number of 1364 people on December 18 last year, the number of patients receiving ventilator treatment in the UK is increasing every day. As of the 22nd, a total of 4076 patients were treated with ventilator in hospitals, exceeding 3301 at the peak of the first wave of the epidemic on April 12 last year.

Britain also announced on the same day that 478000 people had been vaccinated with the new crown vaccine in the past 24 hours, a record high in a single day. However, Wen Xin, deputy chief medical officer of England, pointed out on the 23rd that the impact of the vaccine on the spread of the virus is still unclear, so there is still a risk of transmission of the virus after vaccination. He called on people to continue to comply with the provisions of the closure of the city, so as to avoid the risk of infection of other non high-risk people while the number of confirmed cases continues to rise.

In addition, the British government wants to postpone the interval between the second dose to 12 weeks in order to get more people vaccinated with the first dose. The British Medical Association has written to the Department of health to shorten the vaccination interval from a maximum of 12 weeks to six weeks. However, six weeks still exceeded Pfizer’s recommended interval. Pfizer and biontech have warned that they have no evidence that the interval between the two doses of vaccine is more than 21 days and can still provide protection.