&”Didn’t Japan take us away? Is it wrong? But now the Japanese side says it didn’t do that, so who took us away?” said Granny Li Yushan, who lives in “sharing house” in Guangzhou, Gyeonggi Province, on the 24th. 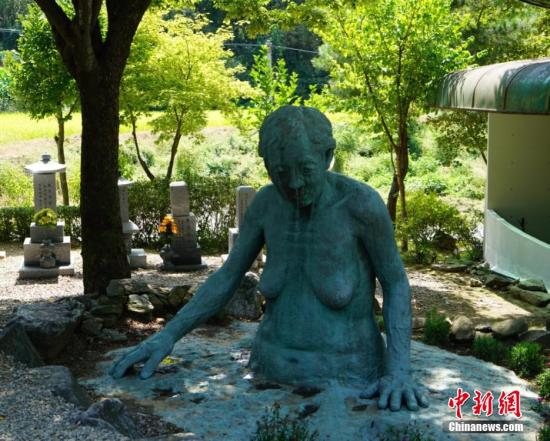 On January 8, the Central District Court of Seoul, South Korea, issued a first instance judgment against 12 South Korean comfort women victims in a claim lawsuit against Japan, sentencing the Japanese government to compensate each person 100 million won. As the Japanese government did not appeal, the judgment took effect at 0:00 local time on the 23rd.

Granny Li agreed with the court’s stipulation that “the victims of comfort women are anti humanitarian crimes committed by Japan” and repeatedly stressed that Japan has forced the mobilization of women.

Granny Li also said: “what we want to say to Japan is, please apologize to us. It’s not about money. If you really want to calculate money, it is not 100 million won, even 300 million won. ”

At the same time, she urged Japan to make a sincere apology, saying that “Japan said that it did not forcibly take us away, did not abuse us, did not lie, and should truthfully reflect.”;. She also said that the South Korean government should help the victims receive an apology from Japan as soon as possible. ”

Granny Li said that she had a dream to travel to Japan to publicize the history of the victims of comfort women. &”Our history is unforgettable. It should be widely publicized to the masses. Our country can no longer be led by the nose. ”

Of the 12 plaintiffs who got the effective judgment this time, only Granny Li and other five are still alive.

On the other hand, according to South Korea’s KBS on the 25th, although the judgment has come into effect, Japan does not recognize the South Korean court’s judgment at all. The Japanese government said in a statement early in the morning of 23 local time that it deeply regrets this.

In his talk, Japanese Foreign Minister mauki minchong stressed that the judgment of the South Korean court is obviously in violation of international law and will never be accepted by Japan. This judgment violates the agreement on the right of claim between South Korea and Japan and the agreement on comfort women signed in 2015, requiring South Korea to be responsible for this and correct it.

In response, the South Korean Foreign Ministry issued its position to refute the Japanese talks one by one. South Korea’s foreign ministry stressed that the government has no right to prevent victims from asking questions, and urged Japan to regard the issue of Japanese military comfort women as an unprecedented issue that violates international law and tramples on women’s human rights during the war.