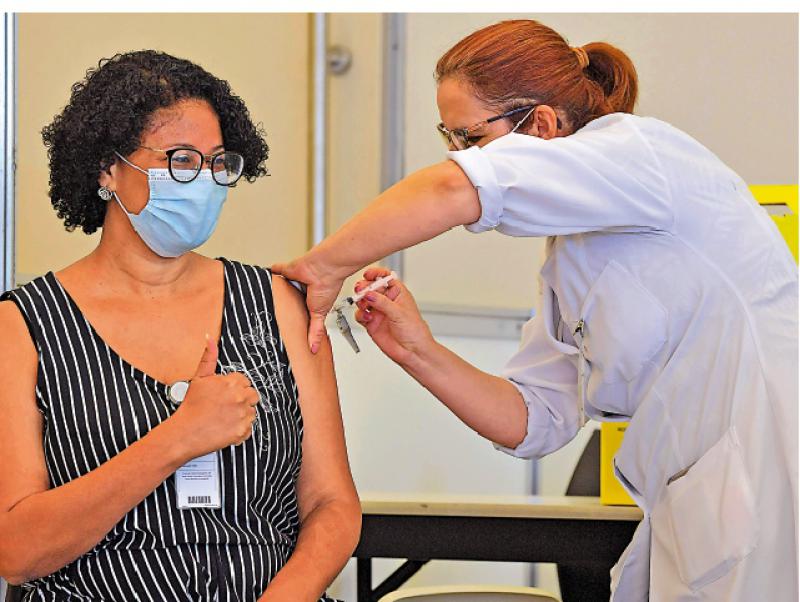 According to the report of CNN, the guardian and Russian satellite news agency, as countries speed up the implementation of the new crown vaccination program, whether people can return to the normal life of going out freely or even going abroad by issuing “vaccine passport” to vaccinators has once again become the focus of attention of the international community. The World Economic Forum (WEF) & lt; Davos agenda & gt; dialogue, which opened on the 25th, will spend two sessions discussing vaccination, and & lt; vaccine passport & gt; is also one of the topics. Some experts pointed out that vaccination does not mean immunity. It must be combined with antibody testing to prove that a person will not be infected or spread the virus again.

As early as last May, discussions on “vaccine passport” or “immunization passport” began to increase. This “passport” is a certificate of vaccination or rehabilitation after infection, which is used to prove that someone is immune to the new coronavirus. The global tourism industry, aviation industry and catering service industry regard this as the biggest hope of industry recovery. Bololi kashvili, Secretary General of the world tourism organization, called for global adoption of vaccine passports at a meeting of the global tourism crisis committee last week.

Now, with the advent of a variety of vaccines, the vaccine passport is really expected to become a reality. On the 14th, a number of scientific and technological enterprises such as Microsoft and non-profit organizations such as the public project foundation announced the establishment of the vaccination certificate Initiative (VCI), which plans to provide electronic vaccination certificate for people around the world, and add it to the commonpass application that is being tested. The World Health Organization is also working with wardtime, an Estonian technology company, to try out the “smart yellow card” in Estonia, Hungary, Iceland and other countries;.

Who may set global standards

The United States, the European Union and Australia all intend to use vaccine passport to accelerate economic recovery. Los Angeles County in the United States began to provide electronic certificates for vaccinators at the beginning of this month; the European Commission reached a consensus on the introduction of vaccination certificates through cross-border cooperation on the 21st; Australian Minister of education thaki proposed on the 25th to allow international students holding vaccine passports to be exempted from entry quarantine. However, the world has not yet established a unified standard.

VCI is negotiating with a number of governments in the hope that the authorities will approve its credentials. Bernard Burnett, the leader of WEF, stressed that the “public trust framework” established by who in cooperation with WEF and the public project foundation should become the international standard of vaccine passport. This framework was previously used to record and compare health information such as passenger test results, as well as entry quarantine requirements of various countries. Commonpass application was also born based on this framework.

The risk of secondary infection is difficult to eliminate

CNN pointed out that there are still a lot of controversies about the vaccine passport, and anyone who hopes to go abroad on holiday through it this summer will be greatly disappointed;. Recently, the World Health Organization also called on all countries to suspend the vaccination passport program and concentrate on completing the vaccination work first.

The effect of the vaccine remains to be seen and verified, said European Commission President Frederick von draen. Britain, the first country to launch the mass vaccination program, only received its first injection in early December last year. There is no clear answer to the key questions such as whether it is possible to carry and spread the virus after vaccination, and how long the protection provided by the vaccine can last. On August 24 last year, Hong Kong reported the world’s first case of “secondary infection”. Since then, such cases have been found in many countries, which shows that convalescent patients are not at ease.

More studies are needed to determine whether the emergence of more infectious variants in many countries will affect the efficacy of the vaccine.

Kupula, chief researcher of the Engelhardt Institute of molecular biology of the Russian Academy of Sciences, said that the antibody level is the key compared with the simple indicator of “vaccination”. Even after vaccination or rehabilitation, the antibody content in the body may be very low, which means that the risk of secondary infection cannot be ruled out. Professor nidos pasov, a biological expert, believes that long-term antibody testing is necessary to prove that a person is immune to infection. More importantly, it is necessary to prove that the person is no longer transmitting a live virus, otherwise the vaccine passport is likely to be misleading. Kupula suggests that countries that insist on introducing passports should limit their validity to at least a few months.

Data security, unfair distribution of vaccines and other issues also hinder the implementation of vaccine passport. Some people doubt that this kind of passport will make people who are not qualified or medically unfit for vaccination become “second class citizens”;.