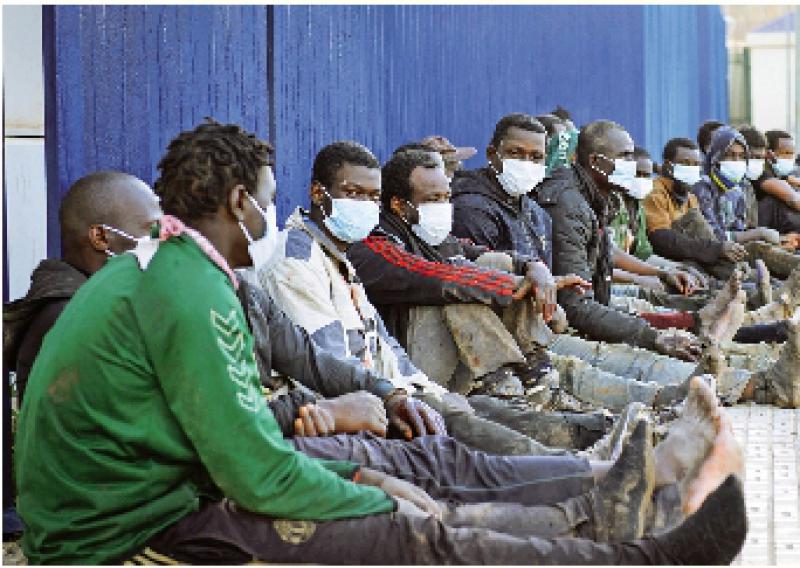 Photo: a large number of illegal immigrants gathered outside a temporary refugee center in Africa on the 19th. /Reuters

The novel coronavirus pneumonia (Oxfam) 25 points out that the damage caused by the new crown pneumonia to the poor, women, minorities and fringe groups is particularly serious, which aggravates the global inequality problem. Oxfam executive director buher said that the gap between the rich and the poor is as deadly as a virus, and eliminating inequality should be listed as the core task of economic recovery.

Oxfam said in a report released on the 25th: “the world’s richest 1000 people, who are mostly white men, can recover the economic losses caused by the epidemic in just nine months, but the poorest group may take more than 10 years to recover. &”The World Bank recently warned that more than 100 million people around the world would fall into extreme poverty. In sharp contrast, the total assets of global billionaires increased by US $3.9 trillion (about HK $30.2 trillion) to US $12 trillion from March to December last year.

The report also points out that the epidemic reveals that more than 3 billion people around the world lack health care services, and three-quarters of workers do not have social security services. The World Health Organization (who) said that the vaccine program in developing countries is advancing slowly. If vaccination continues at the current rate, Global trade and supply chain will be affected, and developed economies will lose $2.4 trillion, equivalent to 3.5% of GDP before the outbreak.