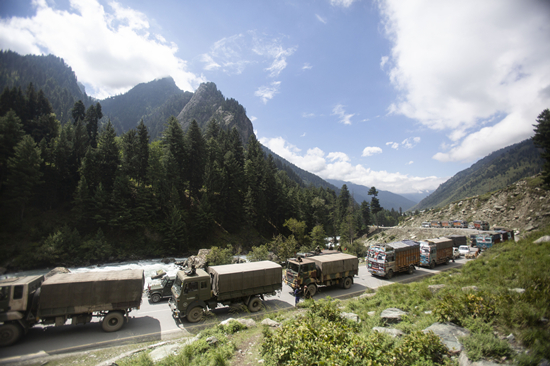 According to the information released by the Ministry of defense on January 25, on January 24, the Chinese and Indian armies held the ninth round of military commander level talks on the Chinese side of the moldo / chuschule meeting point. During the talks, the two sides agreed to push forward the disengagement of front-line forces as soon as possible.

China and India had a candid and in-depth exchange of views on the issue of the disengagement of the areas under the actual control of the western section of the Sino Indian border. Both sides agreed that this round of talks is positive, pragmatic and constructive, which has further enhanced mutual trust and understanding between the two sides. The two sides agreed to push forward the disengagement of front-line forces as soon as possible, continue to maintain the momentum of dialogue and negotiation in accordance with the important consensus of the leaders of the two countries, hold the 10th round of military commander level talks as soon as possible, and work together to promote the cooling and slowing down of the situation. The two sides agreed to continue to take effective measures to ensure that the front-line forces exercise restraint, stabilize and control the situation in the areas along the actual control line of the western border, and jointly maintain peace and tranquility.