Xinhua news agency, Paris, January, 29 (reporter Tang Ji) French Prime Minister Caste announced on the 29 evening that in order to contain COVID-19, the French government decided to close its borders to other countries outside the EU.

Castel announced at a news conference that day that France will close its borders to countries outside the EU from 0:00 on the 31st, and personnel from relevant countries will be prohibited from entering and leaving France except for “emergency reasons”. At the same time, all personnel entering France from EU countries must be tested for the nucleic acid of NCV, except for cross-border workers. 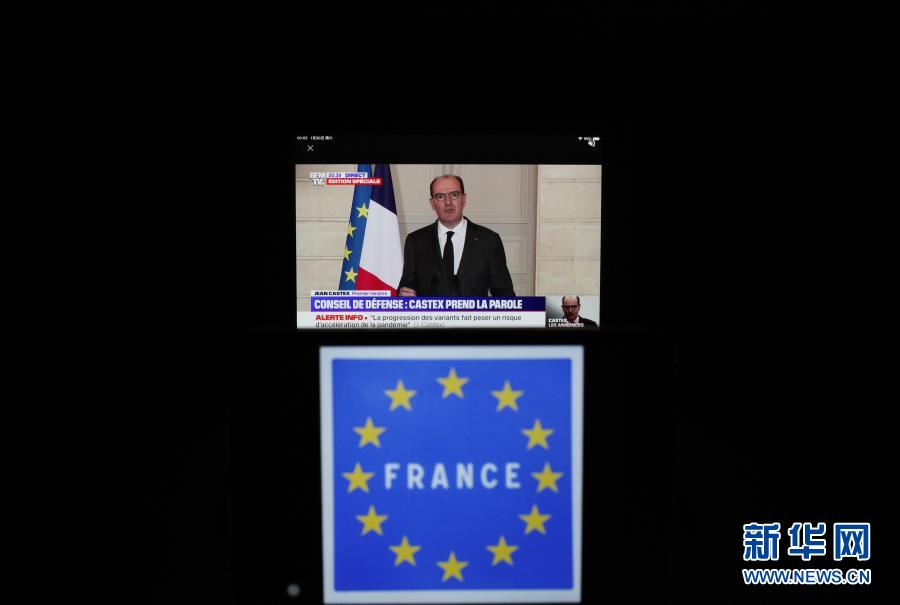 This is a video of French Prime Minister kastai’s press conference and a picture of a French border sign taken in Paris on January 30. Photo by Gao Jing, Xinhua News Agency

Castel also said that France’s non food shopping centers with an area of more than 20000 square meters will be closed from January 31; from February 1, the safe distance of customers’ shopping will be strengthened in all large supermarkets; from February, all enterprises will implement telecommuting as far as possible, and the state will continue to support the affected areas by means of loans, “solidarity fund” plan and issuing some unemployment subsidies Enterprises. At the same time, the police and the gendarmerie will step up inspection to ensure the implementation of the curfew measures.

Kastai said that the emergence of the mutated new coronavirus in France accelerated the spread of the virus and weakened the effect of the curfew. On the basis of the current curfew, the government has taken supplementary measures to avoid the “closure” of the city as much as possible. In addition, France is speeding up vaccination.

France has 3153487 confirmed cases and 75620 deaths, according to data released by the French government on the 29th. At present, 27200 new crown patients are treated in hospital, of which 3100 are treated in intensive care unit.