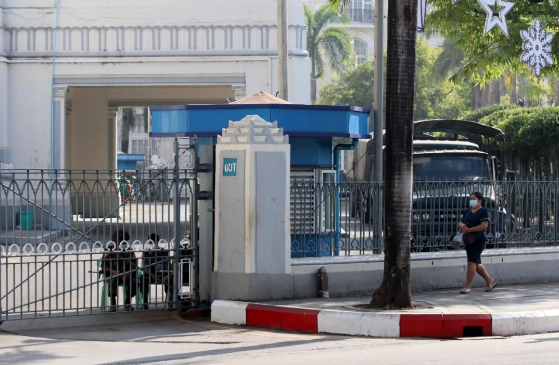 This is a picture taken on February 1 of the military controlled Yangon municipal building. Xinhua News Agency (Photo by Henman)

Myanmar’s military issued a television statement on the same day, saying that after the end of the state of emergency, Myanmar will hold a general election again, and state power will be transferred to the newly elected political party.

The military announced that during the implementation of the state emergency, the Federal Electoral Commission will be reformed and the process of last November election will be re examined. Meanwhile, measures will continue to be taken to deal with COVID-19 and promote economic recovery. 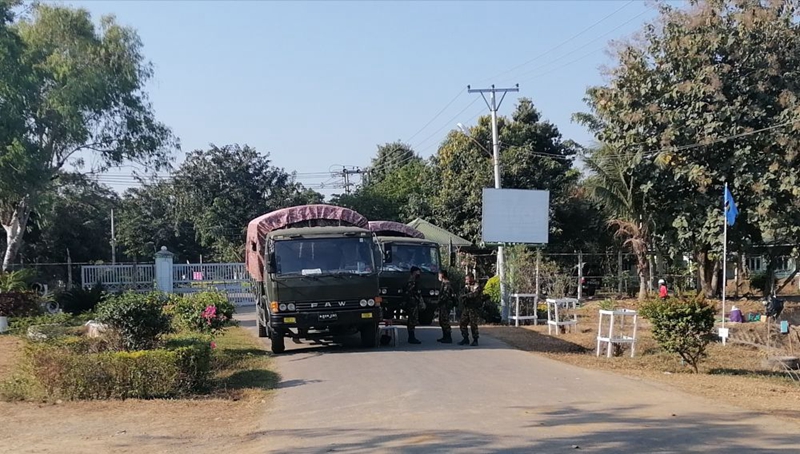 This is a photo taken on February 1 at the entrance of the Metropolitan Government hotel in Nebi, Myanmar. Xinhua News Agency (Photo by Wu Suo)

Myanmar Banking Association issued a statement on the same day that all banks in Myanmar will temporarily suspend business. In addition, Xinhua News Agency reporters learned that Myanmar Civil Aviation Administration has informed Airlines headquarters that Yangon International Airport will be closed until the end of April.

It is also reported that the military has taken control of the government and parliament in many parts of Myanmar. The municipal building in Yangon, Myanmar’s largest city, has been controlled by the military. Xinhua News Agency reporters in Yangon saw that the streets were relatively calm, and some local people were discussing the detention incident. 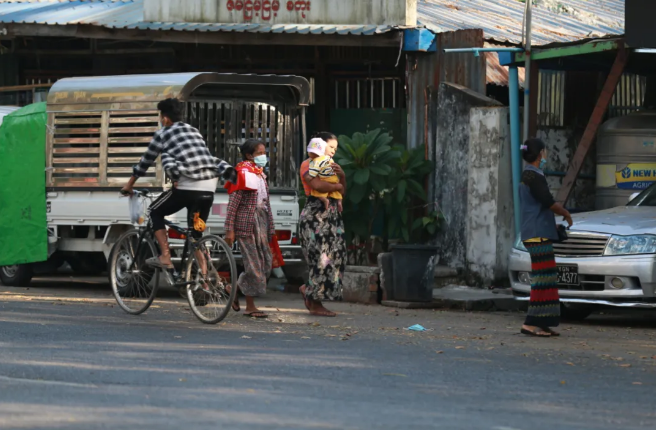 This is the street in Yangon, Myanmar, taken on February 1. Photo by Xinhua News Agency reporter Zhang Dongqiang

Recently, the Myanmar military and the NLD have disagreed on the election results. Military television said the military believed there was fraud in the election and asked the election commission to investigate and postpone a new session of the Federal Parliament, but it was rejected.

The first session of the people’s house (lower house) of Myanmar’s new federal parliament was originally scheduled to be held on February 1 this year.

This is a mosaic image. Left: on March 30, 2018, in Naypyidaw, Myanmar, President Wen Min (former) took the oath and waved to the media. Right: on August 4, 2020, Daw Aung San Suu Kyi (middle), chairman of the Myanmar Democratic League and Senior Minister of state, arrived at the office of the election commission in the town of thane in Yangon to submit her registration information. Shen Jizhong

The Chinese Embassy in Myanmar urgently reminded Chinese citizens and Chinese funded institutions in Myanmar to pay close attention to the development of the situation, raise awareness of risk prevention, strictly abide by local laws and regulations, and not participate in any political activities. It is suggested that the daily necessities should be properly reserved and people should stay at home as far as possible, especially avoid going to the places where people gather. In case of emergency, please call the police and contact the embassy for help.