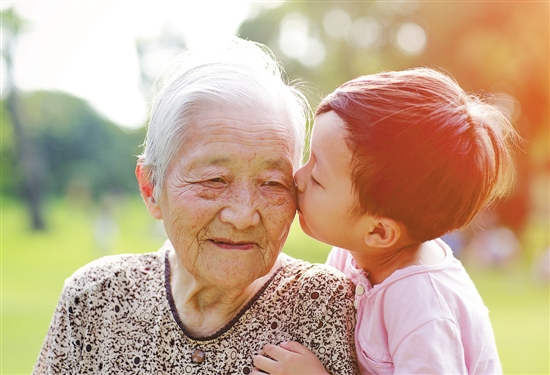 It is an important job for a family to have and raise children. Young couples are busy making a living. It seems that the older generation has become the main mode of raising children in many families. In order to take care of their grandchildren, many old people come from their hometown to live in other places, which is very difficult.

Recently, the Department of psychiatry of the Third Affiliated Hospital of Guangzhou Medical University received a 65 year old grandmother. She had no sense of chest pain, palpitation, insomnia, and was even diagnosed with moderate depression because she was taking her grandson. Experts remind that depression in the elderly is often manifested as physical discomfort, so psychological problems are often ignored. Depression caused by the care of grandchildren is not only harmful to the health of the elderly, but also harmful to the physical and mental development of the baby.

1. Grandma from other places in Guangzhou leads her grandson to feel depressed and flustered.

A few days ago, grandma Huang came to the Third Hospital of Guangzhou Medical University for treatment due to chest tightness and palpitation. She was also admitted to the cardiovascular internal medicine ward. However, no physical problems were found in all kinds of examinations. Her family also said that she was usually healthy and did not have any basic diseases. However, in recent months, she often sighed, and her family did not want to take her out. Hospital consultation for grandma psychological evaluation, it was found that grandma is moderate depression, moderate anxiety.

After patient inquiry, I learned that Mrs. Huang is from Wuhan. Eight months ago, her daughter-in-law gave birth to a second child. Later, she went to Guangzhou to help take care of her grandson. After half a year of maternity leave, her daughter-in-law went to work. Originally, Mrs. Huang was in good health, but she began to sleep poorly after accompanying her baby at night. She gradually developed chest tightness and panic, because she was always worried about her baby’s health. Sometimes, she was complained by her daughter-in-law about taking care of her baby I couldn’t sleep all night, and I didn’t dare to talk to my son because I was afraid of affecting the feelings of my son and daughter-in-law, so I had to bear all the grievances. Slowly, I often felt very tired and couldn’t do anything. I always felt unhappy. When it came to sadness, my grandmother was crying in the consulting room like a child.

It’s not a small number of

As a matter of fact, the situation like Mrs. Huang is not an exception. There is a name for an old man like Mrs. Huang called “old age drifter”. Zhou Borong, chief physician of Psychiatry Department of the Third Affiliated Hospital of Guangzhou Medical University, believes that this word reflects the living conditions of the elderly very vividly. The elderly float in Guangzhou with their children, leaving their original living environment. They have no relatives or friends in Guangzhou, and face four walls alone after their sons and daughters go to work all day, guarding their babies lonely. They are trying to adapt to the climate and food in Guangzhou. They are suffering from loneliness, grievances and insomnia for their children. Some old people have no income source after helping their children. They are worried that they will not have life security when they are old, and they have to go out to work without their families on weekends.

It’s ok if the baby doesn’t get sick. If the baby gets sick, he will become a sinner in the family. The blame of his children is like an invisible sword, adding trauma to the tired old man. The old man has no place to talk about his grievances, and many problems such as depression, anxiety and insomnia will come in droves.

3. Depression in the elderly is mainly manifested as physical pain,

The elderly are the high risk group of depression because of their own health status and various loss events. Research shows that the incidence rate of depression in elderly is 1%~5%. The elderly’s depression and anxiety have their own characteristics, mostly manifested through body pain, rather than obvious depression, decreased interest and loss of pleasure.

4. Depression and anxiety of the elderly are harmful to raising babies.

Cui Ying, chief physician of Psychiatry Department of the Third Affiliated Hospital of Guangzhou Medical University, said that depression and anxiety of the elderly not only affect their own health, but also indirectly affect the physical and mental development of their babies.

2. It is very important for the old people with children to have a good mood. Studies have shown that the elderly with depression and anxiety will pass negative emotions to their babies. If they lack communication with their babies, their babies are prone to autism. If the elderly are irritable, their babies will have emotional control problems.

3. Depression and anxiety will affect the living conditions of the elderly, the elderly will become reluctant to communicate with others, and their happiness will decline.

The understanding and support of family members can help to relieve depression and anxiety.

Cui Ying said that if the old people in the family have emotional problems because they take care of their children next generation, the family should give them full understanding:

1. Take the old people out on weekends.

2. Appropriate fees should be given to make the elderly worry free.

3. Family members have time to chat with the elderly, listen to their heart, and relieve the elderly in time. If they find that the elderly have depression and anxiety, they should come to the psychological clinic in time. 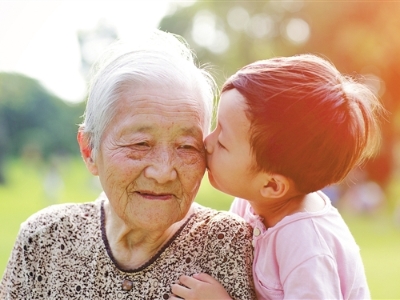