Sinusitis is mistaken as “ADHD”

Liang Liang is 10 years old. He is not focused in class and likes to do small moves. He has become famous in the class. In recent one year, the academic performance has decreased significantly. In class, they often leave their seats and run around. They are irritable and easy to lose their temper. They often frown and wink. They are difficult to sleep at night and have a poor appetite. They have been treated in the Department of Neurology of a hospital in Guangzhou for nearly one year. The above symptoms have not improved significantly.

So the parents took the child to the first people’s Hospital of Guangzhou City, the doctor physical examination, recommended to do sinus CT for Liangliang, the results found that the child has sinusitis. Director Yu Ningfen just received Liangliang. She said that because children do not take the initiative to blow their nose, rhinosinusitis is more serious than adults, which is easy to cause otitis media, throat inflammation and lower respiratory tract disease; children with chronic nasal congestion, sleep at night, poor breathing, lack of oxygen, sleep disorders, sleep often due to lack of oxygen to wake up, in shallow sleep, unable to enter deep sleep, the brain can not get enough rest, resulting in daytime sleep Mental depression, fatigue or irritability, irritability, hyperactivity, dizziness, inattention, memory decline, and even nervous behavior and psychological abnormalities such as winking and acting strange.

Therefore, the symptoms of inattention, poor memory, irritability, winking are actually the “extranasal” symptoms of sinusitis.

It is easy to turn into children’s sinusitis after a cold,

Sinusitis is a common disease in children, which causes high incidence rate and may cause serious complications. The incidence rate of sinusitis is high. Experts believe that this is less resistant than children’s resistance to adults and poor adaptability to the external environment, such as climate change and imbalance of cold and heat. It is easy to catch cold and further cause sinusitis.

Yu Ningfen said that if the symptoms of upper respiratory tract infection do not improve or worsen for 10-14 days, including fever and purulent discharge for 3-4 days, it indicates that acute bacterial sinusitis is complicated. 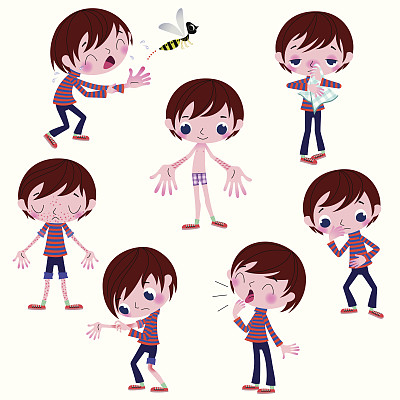 It can be said that sinusitis is often caused by a cold, so to prevent a cold, such as strengthening physical exercise, strengthen the physique. Pay attention to keep warm after sweating, when the weather changes suddenly, and when sleeping in cold days.

Antibiotics are the first choice for the treatment of sinusitis

Many parents will ask, can sinusitis cure root? In fact, most sinusitis can be cured by regular treatment. 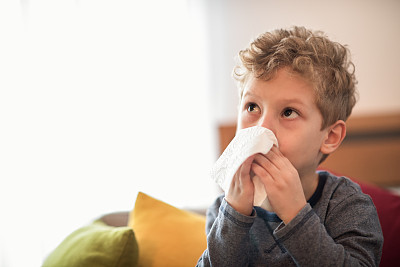 Many parents turn pale when talking about “antibiotics” and think that children’s use of antibiotics is harmful. They often secretly reduce the dosage or stop taking antibiotics in advance, or even refuse to use them. So, should children’s sinusitis be treated with antibiotics? In fact, the guidelines clearly point out that antibiotics and local steroid hormones can simultaneously resist infection and allergy, which is the first choice for the treatment of chronic sinusitis in children. However, surgical treatment is only used for those who have no response to conventional drugs or desensitization.

Now back to the case of Liangliang, Yu Ningfen said that because he had been diagnosed with chronic sinusitis at the time of treatment, he was treated according to the standard of chronic sinusitis. Two weeks later, the children’s nasal congestion was alleviated, their difficulty in falling asleep was alleviated, and their temper seemed to be improved. Four weeks later, there was no obvious nasal congestion, they fell asleep faster, they were not irritable, and they were easy to concentrate, their appetite improved, and their condition was stable, The parents are very satisfied. 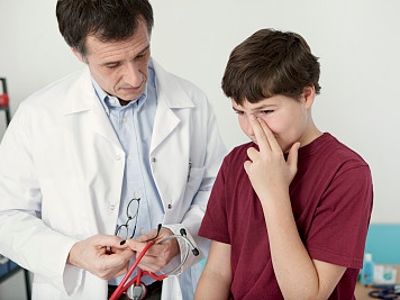