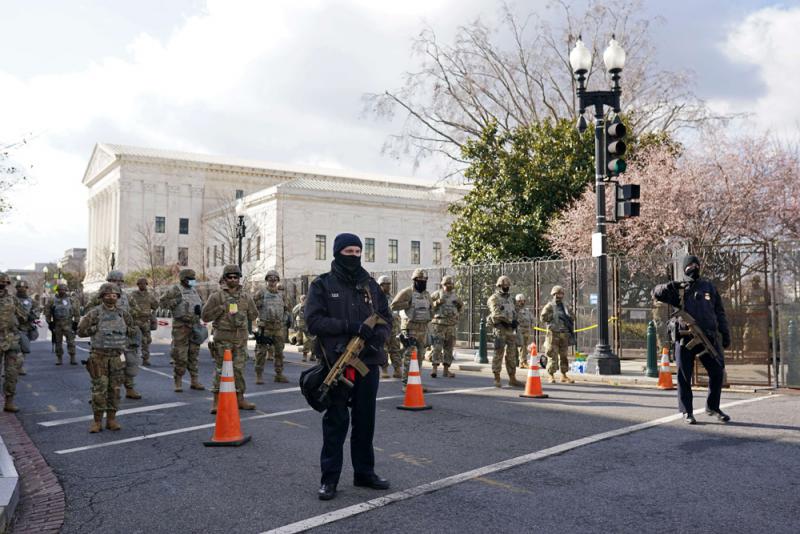 Photo: the National Guard was on alert near parliament on the 20th. /Agence France Presse

Biden will sign 17 presidential executive orders on his first day in office, eight of which will directly overthrow the current policies of the trump administration.

The withdrawal of the United States from the who process will be stopped, and fudge, the US infectious disease authority, will attend the WHO meeting on behalf of the new government.

The $9 billion US Canadian keystone XL pipeline project was abolished.

Include non citizens in the census.

Lifting the entry ban on citizens of seven Muslim countries.

Demand reform of the White House Office of management and budget.